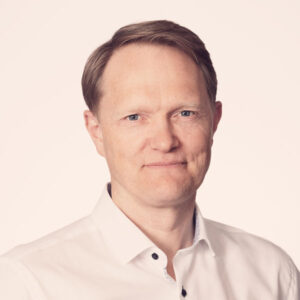 The electrical power system is the world’s largest piece of machinery – one that you are part of every time you plug something into a socket, whether it is a hair dryer or an electric car. This machine is in need of digitization.

It has been 120 years since the electrical power system with centralized energy production was designed. It is a system that has functioned effectively with few major modifications for 110 years. But the last decade has brought a slew of changes.

There are three main factors that have impacted the framework for the power system.

The first is the accelerated electrification of society. Electric cars, electric ferries and, in the not-so-distant future, electric aircraft – not to mention data centers, processing plants and factories – have prompted significant changes to the consumption link. The ‘Green Shift’ is the gateway to even more new green energy production, which in turn offers completely new opportunities for a wide range of new green sectors. Server parks, battery factories, electric-driven transport and various other production companies with electrical needs are

The second change is more extreme weather. The weather affects power production, consumption and the transmission capacity of line networks. Strong winds can cause galloping lines that strike against each other or cause masts and lines to break. Temperatures around the freezing point with precipitation or fog cause the power lines to be coated with ice, which cause 40 percent of all power outages in Norway. And a warmer climate means that the maximum temperature in the power lines is reached more quickly, resulting in a more limited capacity or, at worst, expanding power lines that literally sink to the ground, causing a hazard. The PG&E gas and electric company in California was blamed for several forest fires when power lines came into contact with and ignited vegetation on hot days when consumers ran their air conditioners at full blast.

“To succeed with a robust power grid in the 21st century, that grid must be digitized with sensors,” claims the article’s author.

The third and most important change to the power system is the potent development of distributed variable renewable power production. There are several weighty words here. “Distributed” refers to power production at new locations, while the power grid has not changed location and is designed for a completely different reality. Distributed also means power production at home or in microgrids, which translates into local self-sufficiency much of the time. “Variable” means that the power is produced and must be distributed when the weather generates power – not necessarily when consumers need it most. This factor will be improved through the use of batteries in coming decades. But even those who build local microgrids with solar cells and batteries will need inexpensive back-up power on various days of the year. They will also want the cheapest and most effective power system possible for this back-up power.

We recently saw how Western Norway was excluded from applying to establish a battery factory because the power grid in the region was (or will be) overloaded. On the other hand, we need look no further than Northern Sweden to see the possibilities. New industries are being created here based on the fact that the region has considerable green power and cooling, an important production factor for many processes. The power grid gives the region a competitive advantage, which in turn attracts new, green industries and helps achieve an eco-friendly electrified society. An insufficient power grid can be a real showstopper for startups in other regions.

This is a global challenge and budgets are being drawn up around the world that include record amounts for investments in new networks. These investments end up on consumer energy bills under “network charges”.

For the past hundred years, the solution to network capacity problems has simply been to build new: new lines, new masts and new transformer stations. That costs time, money and natural resources.

To succeed with a robust power grid in the 21st century, that grid must be digitized with sensors. On average, sensors that show the condition of the power line directly will result in 25 percent more power line capacity. A digitally equipped network will reduce power line errors by 90 percent. And a digital network will be able to provide a diagnosis of where new green power production can be established or where new consumers can be created, broken down by the hour,

This will enable us to utilise today’s infrastructure much more effectively. And that will translate into a faster, cheaper and more environmentally friendly solution than building new masts and power lines.

In the future, people will look up at the power lines and, if they see a sensor hanging on them, they’ll know that the line is digitized – synonymous with optimized, safe, effective and sustainable.

Those regions that digitize their power networks first will have a significant competitive advantage when it comes to establishing the industries of the future. 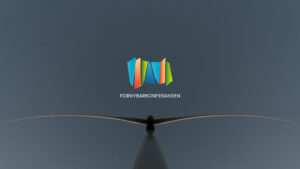 Interview of our CEO at Fornybarkonferansen 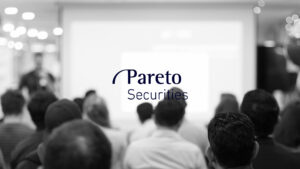 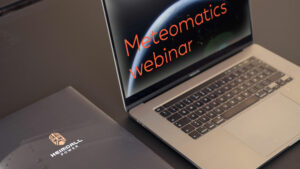 Installation of IoT sensor by drone on powered line

Engaging with our Vendor Partners and Suppliers

We expect our vendor partners to maintain the highest standards of business ethics, integrity and respect for human rights and to become familiar with and comply with our policies as outlined in our Partner Guide. We also expect vendor partners to operate their businesses in compliance with all applicable laws and to maintain lawful environmental, health and safety practices that meet or exceed all applicable laws and standards, as outlined in our Position on Human Trafficking and Slavery.

The Supplier is to hold and maintain at all times the Heimdall Code of Conduct addressing human rights, worker rights, the environment and corruption.

The Supplier is obligated to communicate the contents of Compliance Letter (Exhibit) to related entities and subcontractors who support the Supplier in supplying goods, works or services on behalf of HP. This will ensure that subcontractors conduct their business in accordance with the Code of Conduct.